A paradigm shift in the food and farming sector

By David Stevenson on Thursday 9 September 2021 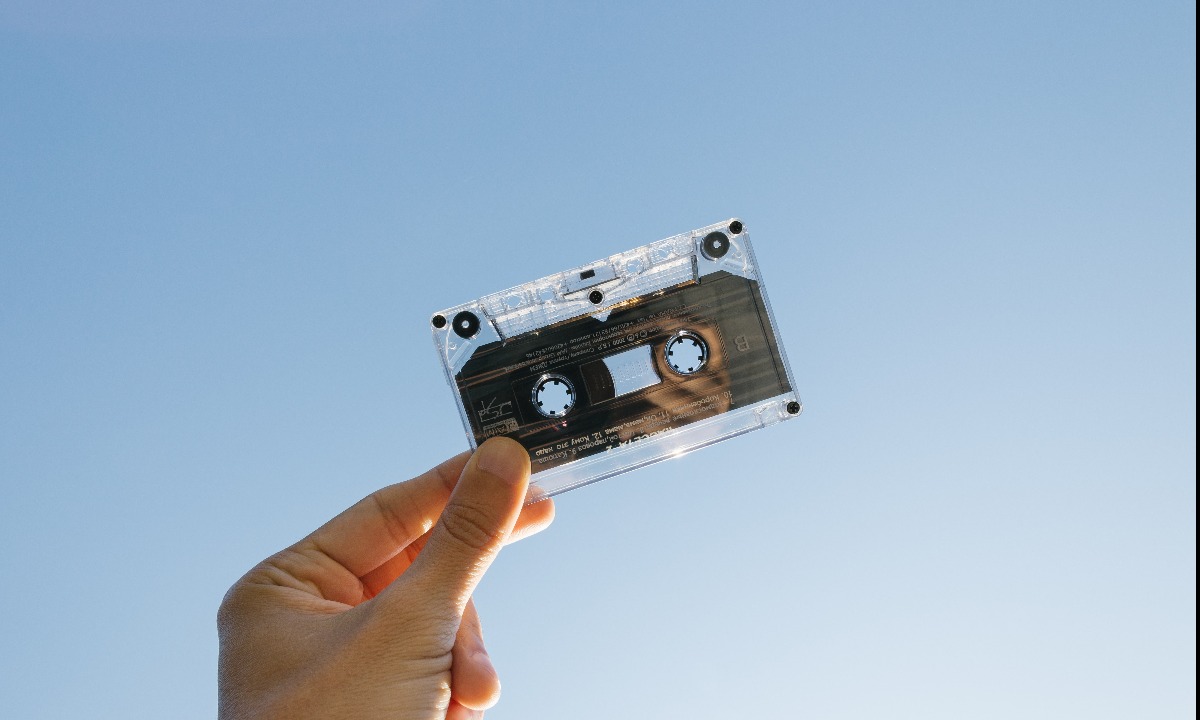 My hunch is that we are at the very beginnings of a new paradigm in the food and farming sector. What started as a slightly faddish vegan led movement is now slowly but very steadily seeping through into the mainstream.

A combination of longer-term structural factors is driving disruptive change, not least worries about climate change, sustainability, and obsession with personal health. As I outlined in a Financial Times column earlier this year,  there are some fairly profound investment implications to this impending disruption.

In many respects, the current funding environment reminds me of the early stages of the fintech revolution, which is in itself part of a wider global ‘digitalization’ long cycle.

The long cycle of change within food is also influenced by that digitalization (of analogue industries) for sure but there’s a more important structural driver at work – a new form of bioengineering of our physical environment and our food inputs. The rise of everything from CRISPR to synthetic biology Is pushing us towards a new “engineered” food paradigm. Many will find this possible outcome rather ironic as most of the early pioneers of the food revolution were/are categorically opposed to making food less natural, less ‘real’. They would presumably react with horror to the idea that food will be ‘engineered’ according to a new way of thinking but if we are honest that ship has long sailed. Our existing global food chain is already midways through a revolution in food engineering and the changes that are coming will just drag us in a different direction of travel which involves fewer animals and more plants.

So, what should investors watch out for? In the Top Trends to watch section, I’ve tried to list what I think are the likely big opportunity sets for investors.

Whatever one thinks of the classic land-based animal economy, one can absolutely imagine a future fifty years from now where there are many millions of animals lurking around on the planet, fattened up for our consumption. Vegans and vegetarians might despair at this prospect but a large, meat food chain is viable and sustainable – arguably just not the one we have now! The same isn’t true for wild, caught fish. We are plundering the oceans at a terrifying rate and despite the protestations of the trawling lobby, industrial-scale trawling is not sustainable at current levels. Massive marine reserves might make a difference but only over the scale of a few decades. Some individual fish catches might also be sustainable but we are already seeing a massive shift to farmed fish – aquaculture is a massive growth sector already for private equity firms deploying huge CAPEX spends. But even this improvement is arguably dangerously unsustainable, not least when we consider what farmed fish are fed (lots of caught fish). And none of this allows for the growing list of health-based criticisms of the farmed fish sector. It’s against this context that the rise of fish alternatives is compelling in my view. Outfits such as BlueNalu are already close to conquering the taste test and making cellular grown meat alternatives whilst a long list of plant-based alternatives are also emerging. One crucial spur? In the US fish-based alternatives are not subject to the same set of (double) regulatory oversights as meat-based alternatives, which in turn allows for quicker routes to market.

Many investors might salivate at the thought of cellular alternatives to say red meat – and especially white chicken meat – but if we are honest, I’m not sure that many gourmet enthusiasts are as equally enthusiastic at the prospect of a 3D printed steak. One of the challenges facing the existing plant-based alternatives for instance is that getting the taste right is hugely challenging. The cellular alternative might crack that nut in the next few years but I am not holding my breath. There is though a space where taste, though important, is not absolutely critical: Pet food and especially dog food. If we are brutally honest, most pet food is already processed to within an inch of its life and dogs in particular are not as choosy as most humans – though there are always exceptions as my own Alsatian demonstrates. Overall, this provides a fantastic backdrop for plant/cellular alternatives to emerge. Ingredients can be re-engineered and as long as the taste is not too far ideal, dogs will eat the stuff! Cats, maybe less so! And crucially the regulators are less likely to slow down new products to market.

City-states are always likely to be worried about food supplies and thus it’s not terrifically surprising that Singapore was the first national jurisdiction to ok cellular meat – in this case, EatJust’s chicken. The city-state has already announced that it intends to be a leading light in the foodtech revolution and it’s also very likely that Dubai and Abu Dhabi won’t be far behind. And of course, although Israel is not a city-state, it is a small country that is already at the forefront of the coming revolution. That said Asia presents a much broader opportunity. It goes without saying that as China and the surrounding ASEAN states become more middle class, more affluent, and of course more consumer-driven, demand for meat will increase – Australia (until the recent embargo) was already pushing aggressively its meat sector into the Asian superpower. But Asia also faces huge sustainability issues, not least in Northern China where water access is already a very real problem. Our hunch is that the food disruptors of tomorrow will probably all find their biggest champions in Asia.

Jim Mellon’s “Moos Law” introduces an interesting idea based around the Griddle Point i.e the point at which the price of meat alternatives matches if not beats the ‘conventional’ offer. Our guess is that that point is many years away in lab grown meat but probably no more than a year or two away in plant-based alternatives. Already the leading players in that latter space – Beyond and Impossible – are cutting prices and we would expect that price competition to intensify. That means we should expect the first battleground to be in what we call low taste differentiation meats (chicken and minced red meats). In these food inputs, the taste does matter but in reality, if the taste is ‘close enough’ and can be added to with flavorings, then price and health become the key battlegrounds. But taste (and food texture) is very relevant for any premium price product such as a whole steak or meat-based products such as ham. The battle here will be to develop food additives and supplements which can be added to food to improve taste and health. That’s a fantastic potential market for the existing food additives and flavors industry and could present an opening for those new businesses looking to scale up say cellular grown oils and fats which add meat-based flavors to existing plant products. Also, on the health side of the equation, the rise of the probiotics supplements and products space is a fascinating case study in how to add value to premium products.

The rise of carbon sequestration

If the world is to meet its ambitious targets for combatting climate change, we will, collectively, need to find ways of not only of reducing emissions but also taking CO2 out of the atmosphere. There are a range of new technologies emerging that are starting to address this challenge but one of the most interesting is the idea of sequestering emissions in the soil of farms. This cutting-edge technology requires improved technology to analyze, map and measure soil types but if it works it could represent an alternative to simply planting more trees. A number of start-ups are attacking this space and if more countries can develop carbon taxes to fund these programs, we could see this technology burst into the mainstream.

There is already a growing number of start-ups looking to develop urban farms using the vertical farming model. Set against this there is the existing greenhouse industry which is transforming itself using new technologies to develop closed-loop operations that conserve water, use renewable heat sources and minimize additives. The challenge with this space is the sheer quantity of investment required (all that extra CAPEX has to be paid for) but the opportunity set for new ways to produce tasty, sustainable fresh vegetables and fruits is huge – though price (and return on capital) will be a crucial issue.

The dairy complex has long had its critics from the animal welfare lobby, but many consumers have been switching out of dairy products for more pedestrian health-related reasons i.e they might have developed an allergy to milk products. That’s helped to drive increased demand for milk alternatives such as Oatly (rumored to be mulling an IPO) and Alpro. These brands have already established a substantial supermarket presence and we think this trend will only intensify in the coming years as it becomes mainstream. But we would also expect this trend to broaden out into other dairy-related products such as cheeses, ice creams, and assorted products. These more niche products tend to boast higher margins, accompanied by lower volumes.

The first wave of engineering within the plant space focused on GMO based products – with all the consequent bad publicity that that generated. But the rise of new genomics technology, platforms and processes is about to open up a new world of products. Re-engineering plants to produce diverse outcomes – ranging from health benefits through to combatting climate change – represents the next frontier of development.

Alternative products based around meat alternatives need a new route to the end market, a way of accessing the final mile to our homes. Supermarkets will nearly always be focused on competitive price points and brand, elbowing out smaller brands and more expensive products. That will force many providers of alternative products to explore new routes to market, especially via home delivery and subscription plans.