By David Stevenson on Wednesday 11 August 2021 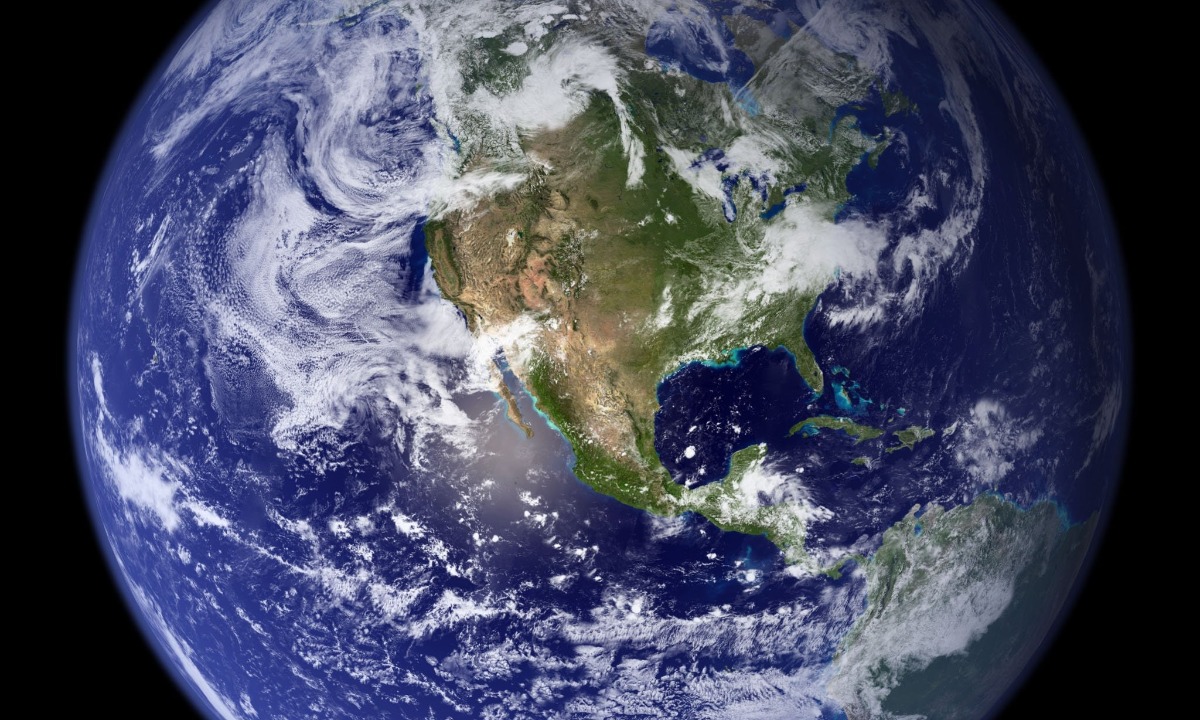 One of the prime drivers behind investment in alternative proteins is that conventional agriculture has a huge impact on climate emissions. But putting a precise number on that impact is a contested exercise and as a recent report shows, the estimates for impact can vary enormously depending on what you include in the data sets.

If you haven’t already, I heartily recommend checking out the fantastic Our World in Data website, which is on a mission to popularise a nuanced understanding of world data and progress in key technologies. Its work on the collapsing cost of solar for instance is brilliant but earlier this year, the website and its authors have started to dig a little deeper into the data surrounding the environmental footprint, especially in carbon emissions, of ‘conventional’ agriculture.
First though, a bit of background. There’s been a fairly feverish debate around the data on this footprint with many lobbies in the conventional ag space pushing back on recent studies showing a big impact. In the UK for instance the NFU, the National Farmers Union, has been pushing back on the ‘all farming is bad’ point of view and if you want an intelligent primer on their views check out the NFUs dedicated climate change sub section on their website : https://www.nfuonline.com/news/latest-news/achieving-net-zero-meeting-the-climate-change-challenge/. What I think is fair to say is that firstly it’s a two way street, namely that though there are some obvious negative impacts, simply seeing farms impact on CO2 emissions and missing all the other environmental work farmers do, is something of an own goal. Also farms will need to be part of the solution and areas such as carbon sequestration are a huge potential new market for farmers.
But the impact of farming, especially modern factory scale operations, is undeniable. The challenge is measuring that impact. Which brings us back to the World in Data folks. Rather than selectively quote form just one research led data source, they’ve compared the likely impact using two different studies. You can see the original article here: https://ourworldindata.org/greenhouse-gas-emissions-food
The starting point for any aggregate analysis is the Intergovernmental Panel on Climate Change (IPCC) Special Report on Climate Change and Land which suggests  a range from 10.8 and 19.1 billion tonnes of CO2-equivalent (CO2e) emissions per year. As the website observes that’s quite a big difference between the upper and lower range. Cue two recent papers which provide more granular data : Poore and Nemecek (2018) and Crippa et al. (2021). Any aggregate, global analysis has to deal with emissions from a wide chain of processes including land use itself (and including deforestation), agricultural production, the supply chain and post retail (refrigeration and food waste).
“Poore and Nemecek, shown on the left, estimated that food was responsible for 13.6 billion tonnes of CO2e. Crippa et al. estimate 17.9 billion tonnes of CO2e. So, there’s a difference of around 4 billion tonnes. Where does it come from?
The World in Data suggests that a sensible range is between “25% to 30% from food…[and] one-third if we include all agricultural products.” My own analysis would be slightly more cautious and I would be closer to 20% after allowing for some probability based confidence levels. 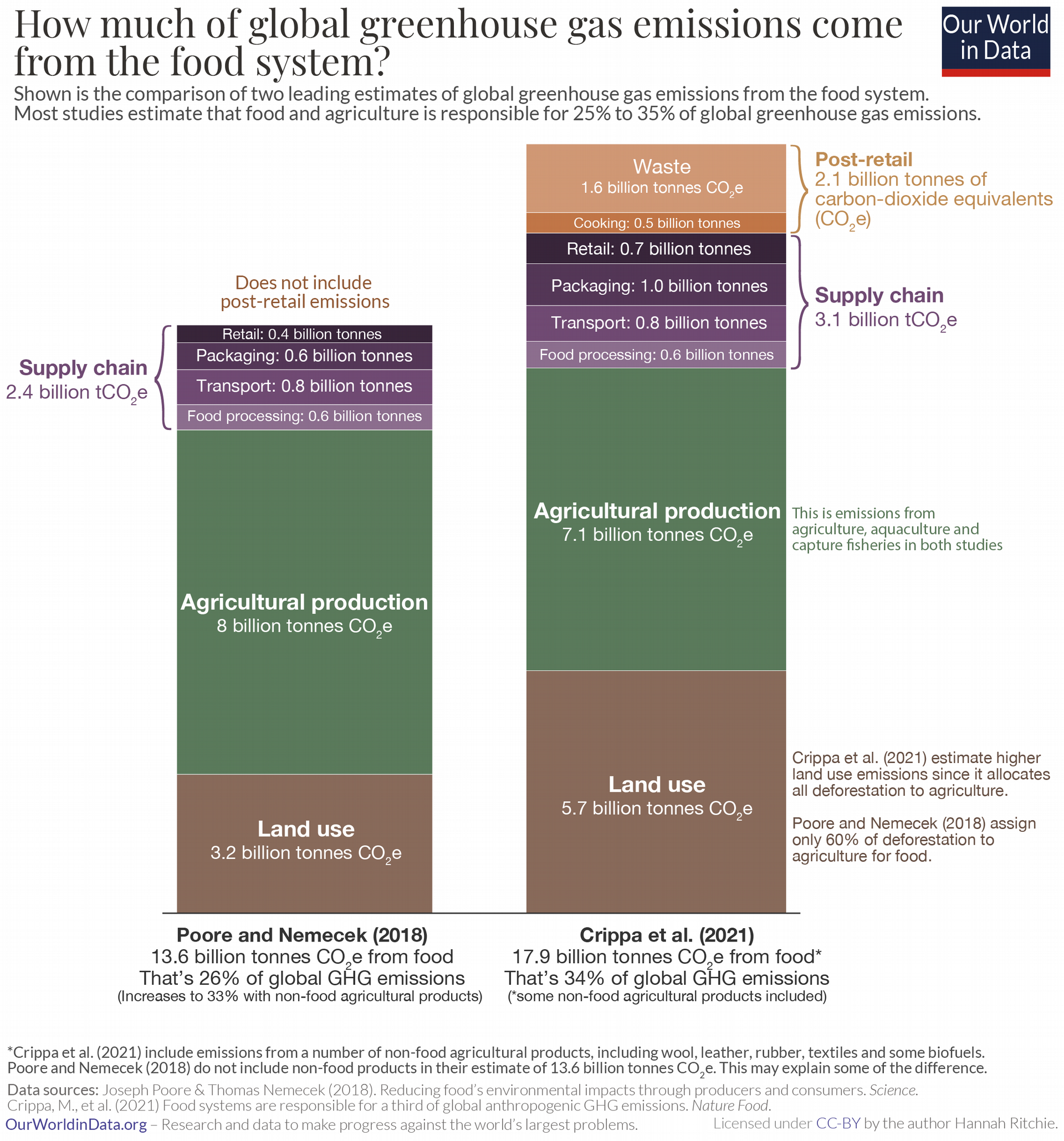