A deep dive into an AgTech favourite : Deere

By David Stevenson on Wednesday 4 August 2021 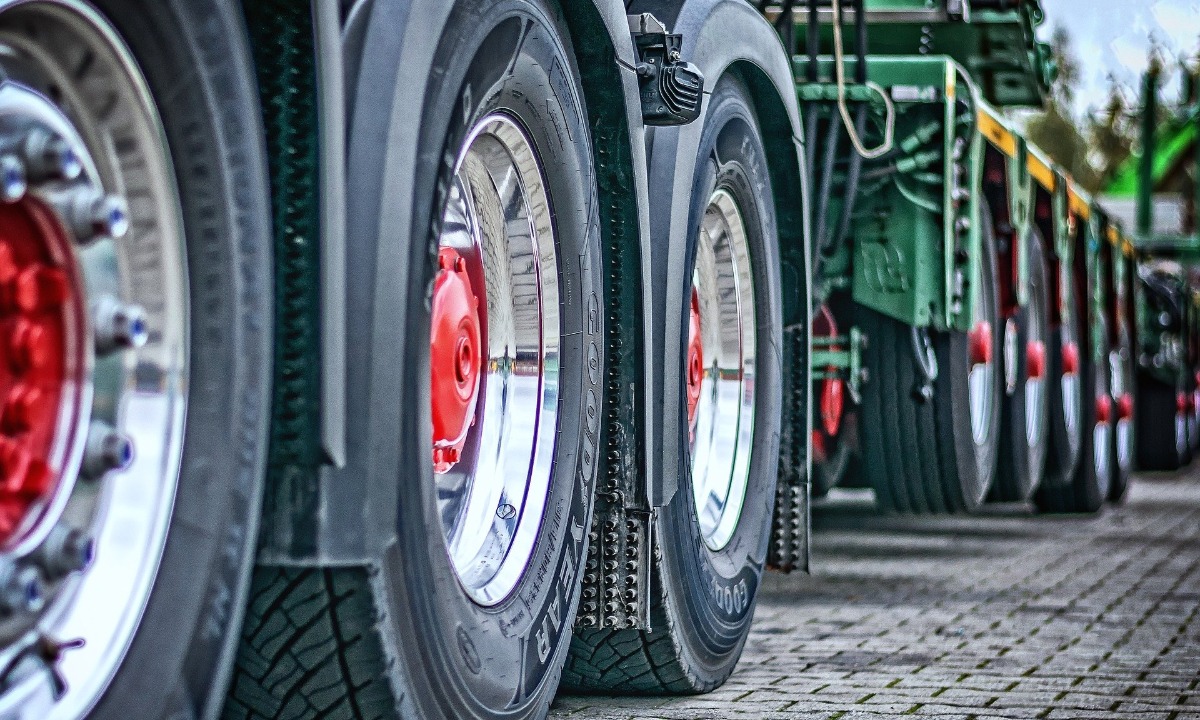 Look inside the portfolio of most food-oriented funds, including the foodtech related ones, and you’ll probably find one of America’s most venerable industrial companies, John Deere.

The 68th largest business in the S&P 500 index, Deere has gone through many agricultural and stock market cycles in its 184-year history.

And of course, it’s not just about tractors. Deere is also at the forefront of a looming AgTech revolution with the promise of precision farming and robotics looming into view. That helps explains the share price momentum clearly visible in the chart below. 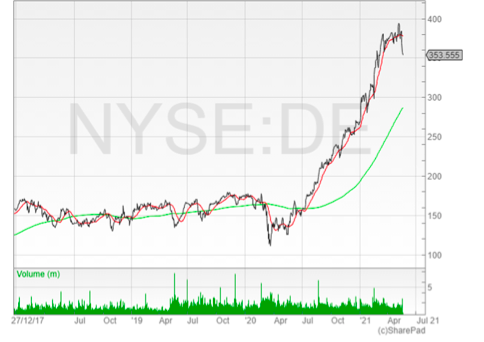 Deere has clearly articulated this AgTech ambition, stating that it will “deliver intelligent, connected machines and applications that will revolutionize production systems in agriculture and construction to unlock customer economic value across the lifecycle in ways that are sustainable for all".

Deere has even appointed Jahmy Hindman, who studied for a university doctorate in artifical intellgence, as its CTO to demonstrate the commitment.

To understand how this vision might work out in practice it’s worth referring to the 2020 CEO letter from John May which observed that “our precision capabilities were further extended during the year to the application of liquid fertilizer. The John Deere Operations Center continued to gain users, ending the year with more than 230 million acres of production data worldwide". 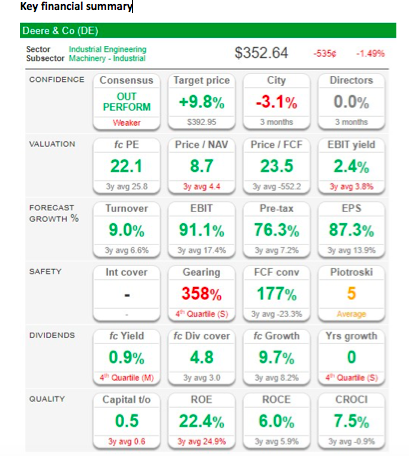 Put simply, Deere imagines itself as a software play with its precision ag system, using a subscription model based on GPS information to increase efficiency. So, for example, Deere’s technology could use machine learning, to locate the type of weed growing on a farm and only spray that weed with the proper herbicide, with signals guiding the systems down to an accuracy of just 2cm allowing farmers to plant faster, up to 10 miles per hour.

These GPS enabled guidance systems increase productivity by 18 per cent when spreading fertilizer, lowers overlap and tillage costs by 10 per cent, and saves five per cent on spraying, fertilizing, and plating resources. Other products in the growing array of tech enabled equipment includes John Deere Joker autonomous-a fuly automonous electric tractor- as well as systems that monitor the display readings of their farming equipment.

And of course, like all well-known brands looking to transition into a digital future, as a customer you will be expected to pay a premium price for the tech, helped along by its huge dealer network.

But this digitisation push is not only about efficiencies on the customer side. Fund management group ARK Invest talks about something called Wright’s Law. While studying production costs during the 1920s, Theodore Wright determined that for every cumulative doubling in the number of airplanes produced, manufacturers realised a consistent cost decline in percentage terms.

Deere’s embracement of technology-based solutions is motivated in part by higher margins. Subscription based services will help push up net profit margins to a mid-cycle 15 per cent which will be well above its peers. But that ambition depends in part on transforming its existing product mix. Most analysts reckon that in 2020 the agtech related segment probably generated sales of around $1.2bn (£850m), with a target of $3bn (£2.12bn) in the not-too-distant future.

But that growth depends on farmers’ ability to afford all the new products. In the latest conference call, management said the take rate on one its key products, the precision planting system called ExactEmerge, was in the low 40s (per cent) and near 50 per cent on ExactApply (precision spraying and chemical application).

Technological ambitions aside, Deere’s share price has also been helped by a strong trading environment. The recent jump in commodity prices, such as soybeans, wheat, corn, cotton and sugar, has helped push farming incomes sharply higher, thus boosting sales. These NFI (net farming incomes) are of course hugely cyclical, running at around $100bn (£70.71bn) per annum for much of the last decade but in the last two years these have been peaking at around $120bn (£84.85bn).

This cyclical demand profile should not obscure the fact that Deere is also a highly profitable business with EBITDA margins around 17.5 per cent and gross margins at 26 per cent. Many of its competitors have higher gross profit margins but EBITDA margins tend to be lower at around 10 per cent to 15 per cent.

It’s also worth highlighting one other observation – Deere has a fabulously profitable financial arm. According to Deere its “financial-services unit again made a substantial contribution to company earnings while providing competitive financing to our global customers".

"As has been true for several years, more than half of the new equipment sold by our dealers in 2020 was financed by the company," it added.

I’ve included a bunch of key charts below that give the investor a better feel for the fundamentals at Deere. 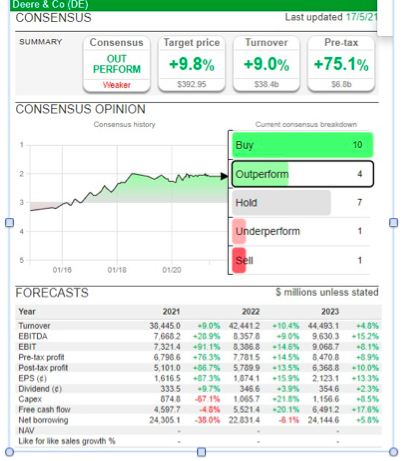 As Deere ploughs ever deeper into the tech furrow, tech funds have been buying into the stock. Cathie Wood's ARK Autonomous Technology & Robotics ETF (ARKQ) for instance has Deere as its fifth largest holding. That in turn has put Deere on many tech funds radars. Talk is cheap but does all this excitement about technology translate into a sensible share price? We would highlight a bunch of key valuation numbers which place the business at the higher end of most valuation metrics.

The obvious risk with Deere’s share price is that it is highly valued – we think it is arguably overpriced and very dependent on the current up cycle lasting for a few more years. Farmers may be nearing the peak of the commodity pricing cycle and there’s also a chance that rising inflation will translate through into higher farming input costs, eating into disposable income for new capex spend.

On the financial side, we would also observe that Deere is highly leveraged at 329.3 per cent, which is 7.48x that of the sector. Interest coverage stands firm at 17.1x but if interest rates were to rise that interest burden could become a real problem.

Arguably longer term the biggest threat is from technology and its reliance on GPS. One name in particular keeps popping up – the Chinese rival GPS technology system called BeiDou.

As one commentator puts it “because BeiDou is newer, it offers much higher precision than GPS. Plus, has BeiDou network of thousands of base stations across the Asia Pacific which help increase precision. In fact, in 165 countries, BeiDou is more accurate than GPS. Deere sells information that BeiDou gives for free and is better. Deere sells this for $1,000 (£707m) per year plus the hardware. Deere’s tech calibrates GPS information to make it more precise".

Our take: If China is as deadly serious as it says it is about satellite technology, foodtech and agtech, then we can’t see how Deere can possibly hope to avoid becoming a target for both disruptive technology change and a strategic challenge by the worlds other great superpower.

We also think that although Deere is an excellent business and stock, with a superb track record, it’s currently priced to perfection, especially if we are moving from mid ag cycle to late cycle. But if that much hyped tech product range does take off, its current high valuation might seem more reasonable. It is all about delivering that tech stack now and getting more and more farmers to pay up for better products and services. 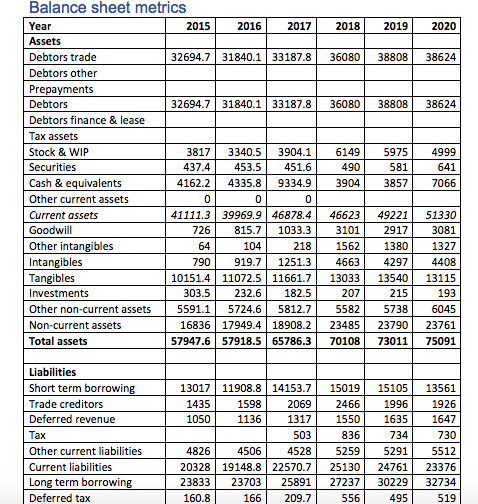 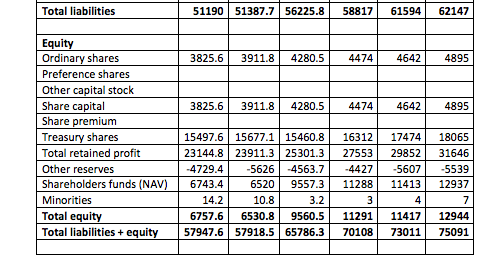 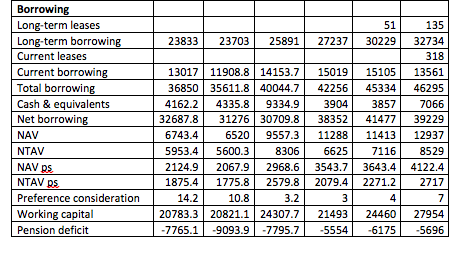