AppHarvest’s cooling stock market reception – only way is up?

By David Stevenson on Thursday 26 August 2021 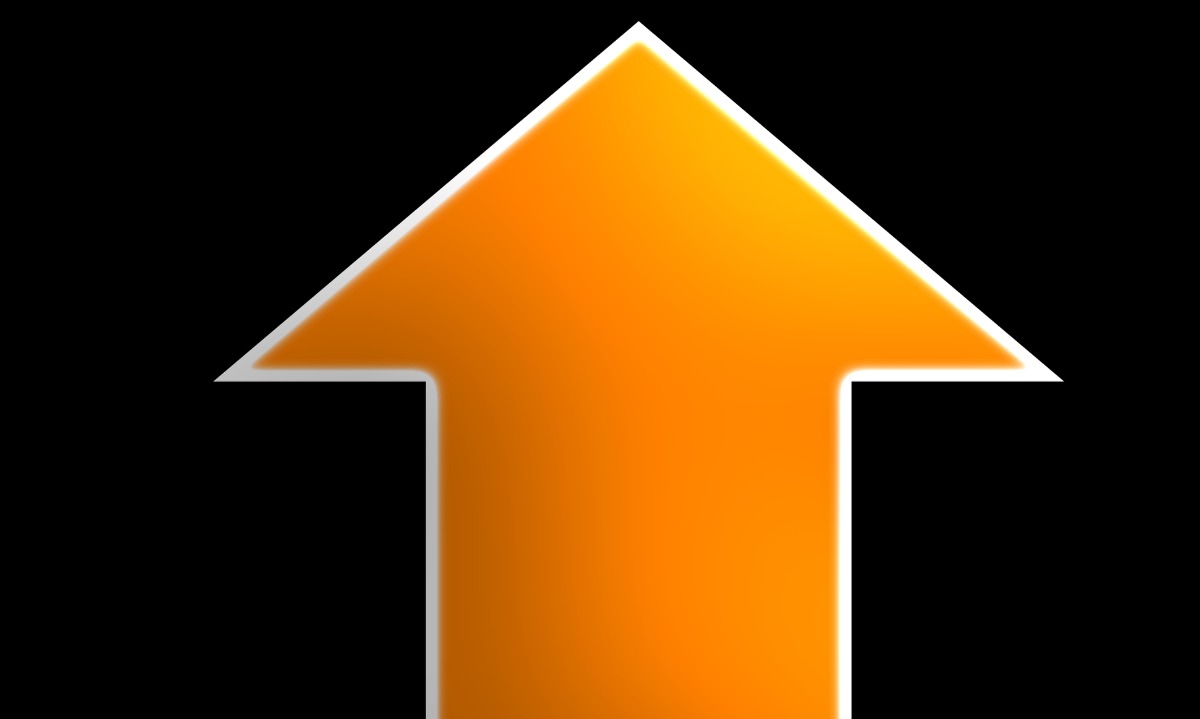 AppHarvest is the poster child of the new wave of US-listed AgTech SPACs. Its closed-loop sustainable production concept is making steady progress with the first crop of tomatoes hitting store shelves, but is Wall Street cooling on this SPAC star?

The stock market loves its yardsticks, based on investor lore.

In the old days, the key yardstick for money market funds was that they’d break the $1 net asset value per share level- i.e you’d get $1 back from any $1 investment.

The more modern version of this is the $10 barrier for special purpose acquisition vehicles or SPACS as they are called. These have typically come to the market over the last year or so at a launch price of $10 – and then hopefully headed ever higher.

Except that is for AppHarvest. This 2021 newbie is everything that a sustainability-minded investor could want from a stock.

Its state-of-the-art, brand new controlled environment agricultural growing facilities in the Appalachians are focussed on minimising inputs, in part by using 100 per cent recycled rainwater.

So, for its maiden product, tomatoes, AppHarvest uses just 1.8 gallons of water per tomato, which is 92 per cent less than the global average.

It's also working hard on minimising all the inputs to its vegetable – and in the future, fruit – products, to build a closed sustainable loop.

Once ready to harvest, its growing flotilla of facilities dotted around the country will then ship quickly to market – the current facility is within a day's drive of 70 per cent of the U.S. population.

So far, so good. But the chart below shows AppHarvest’s share price since launch– the chart itself is from online data provider Sharepad.

What’s gone wrong? Most of the blame can be pinned on recent numbers form earlier in August – you can see these here.

To recap on progress, so far AppHarvest’s Morehead facility has been harvesting (tomatoes) since January 2021. The company is currently building four more CEA (controlled environment agriculture) facilities, and if all goes to plan aims to have 12 indoor farms in Appalachia by the end of 2025. But before it gets there, it needs to be generating revenue from that Morehead facility. 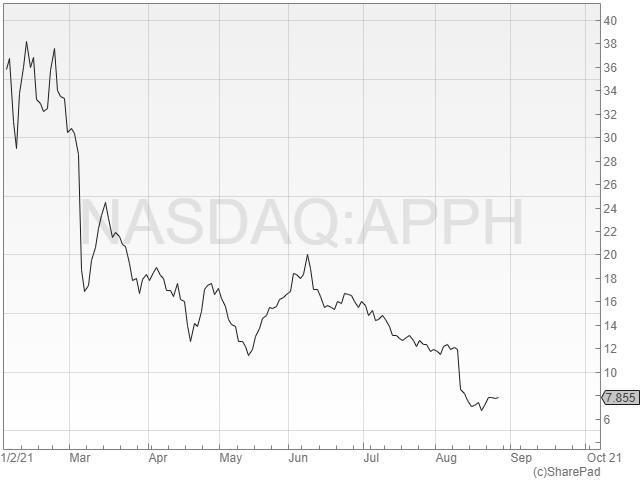 On August 11, numbers from the Morehead facility for the first quarter of 2021 through to the end of June were released and it's fair to say that these contained some unpleasant surprises. These included:

For instance, all attention may currently be on tomatoes, but by the end of 2022 “the company plans to release three value-added products as it leverages its brand as a trusted name in the global food and ESG space to earn a price premium over time”.

There’s also a renewed focus on building up what is in effect a group structure that will comprise the core Appalachia farms business, wider opportunities nationally and internationally (frequently with external partners) and, all importantly, a TechCo which will be focused on robotics and AI – leveraging in part AppHarvest’s acquisition of Root AI earlier on this year.

According to AppHarvest this TechCo "will contain the company’s key technologies including proprietary FarmOps, robotic harvesting capability, and AI/machine learning for growing—as well as the potential to develop a new revenue stream through licensing of CEA technology to global operators".

On the same theme “ TechCo has secured its first customer and will conduct a paid pilot of the FarmOps technology that AppHarvest is developing for Red Sea Farms, a controlled environment agriculture company based in the Middle East with plans to build 500 acres of indoor farms in the region by 2025".

It's worth stepping back from the details of these results and making a number of observations.

The first is that disappointing the market in your first year on the exchange is never a great idea – it automatically tends to annoy a certain cohort of investors. That cohort of bears will also have noticed the share price which was heading south even before these quarterly numbers.

But AppHarvest is still very early in its development. The ups and downs of the Eastern American tomato market may seem pivotal at the moment but if AppHarvest does pull off its growth strategy, the business will soon boast a variety of products and brands.

Crucially as its farm expansion programme intensifies – 12 planned – we should see a rapid snowball of revenues and hopefully profits.

It's also worth noting that these 2025 estimates include projected sales of $40 to $50m for its Tech division.

If we do bag of fag packet calculations and assume say 15 to 20 times EBITDA for the market value, we end up with a possible/putative 2025 market cap of just under $2 billion compared to the current $835m.

Investors might also want to focus on that robotics powered TechCo.

If AppHarvest can make itself the Amazon of agriculture, not only supplying the big sheds that send out stuff but also the tech that powers the new industries (the AWS component), then $50m of turnover from the tech division might warrant its own billion dollar valuation.

That said, there are a few hurdles to get over before these forecasts can take shape. That cash reserve is almost certainly not enough to fund 12 big state-of-the-art farms and it seems obvious that AppHarvest will need plenty more capital to scale up.

By our calculations, the cashburn is already running at around $50m per quarter, so extra capital will be critical within 18 months. And that thirst for capital may also collide with the need to invest in TechCo which will also, surely, gobble up money in R&D.

And even if AppHarvest can raise the capital, it also needs to master how to make the margins on fresh vegetables and fruit grow above the long-term average.

In this respect, that focus on technology and robotics may be smart.  If AppHarvest makes its technology work, it might feasibly be able to boost its margins by as much as 50 per cent by removing labour costs.

But even clever technology might not help AppHarvest if food prices become ever more volatile.

Currently prices seem to be rising for some produce but as sure as night follows day, higher prices will encourage more supply and its not impossible that we could see a glut of produce in the coming years, just as AppHarvest’s flotilla of new plants come online around the US.

So, AppHarvest remains what it has always been – a long term bet on a new way of producing food at scale using technology.

If it can hit its 2025 projections (which is a big if),  its current market cap doesn’t look outrageous. But those projections require a steady infusion of capital which might dampen investors' enthusiasm.

And food markets are always guaranteed to be volatile and essentially unpredictable.