Best of the web- September

By David Stevenson on Thursday 7 October 2021 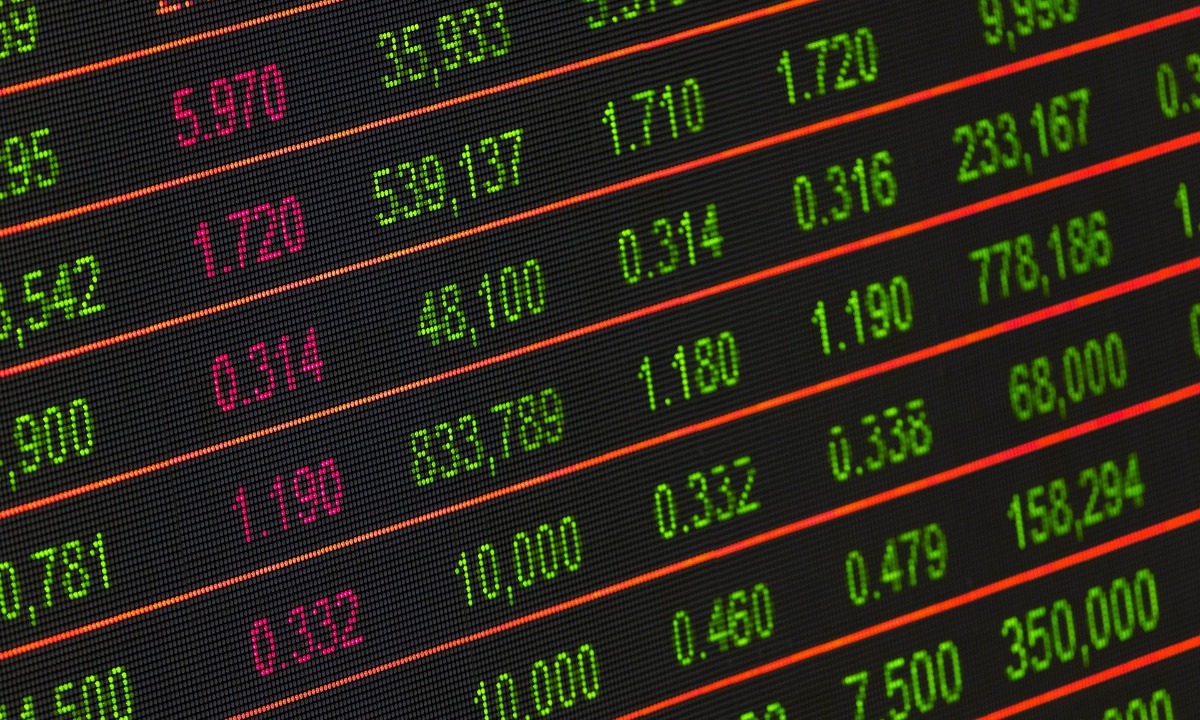 Our monthly round-up of the best sector articles from the rest of the internet.

This really matters…..you probably missed this, but ignore at your peril

In a recent research article, my colleagues and I found that this trend is placing control of the food system into a shrinking number of hands, while presenting an illusion that there are numerous, competing alternatives. In the case of products that are designed to present an alternative to industrial agriculture and reduce harm to animals and the environment—or at least cultivate that appearance—this poses a complex dilemma for many consumers.

New data shows record-breaking funding pouring into the alternative seafood sector, amid growing concerns over the environmental and human rights impact of the seafood industry. In the first half of 2021 alone, companies developing plant-based, cell-based and fermentation-derived alternatives to seafood raised $116 million, exceeding the total figure recorded in 2020.

MeaTech has revealed it is now producing 700 grams of cell-based chicken fat biomass in one single production run. The manufacturing technology is based on Peace of Meat’s platform, the Belgian cultivated fat startup that the Israeli food tech acquired last year. MeaTech claims that this is the “first public demonstration of growth in a single run of this quantity of 100% pure cultivated cell biomass.”

Learning the lessons from GMO for FoodTech

Importantly, that common language would also help to standardize communications with the public—“so that you don’t have 20 companies talking about the science in 20 different ways, which then creates confusion,” says Welch.

The MVIS Global Future of Food Index (ticker: MVFOF) tracks the performance of global companies involved in food and agricultural technology, organic foods, or food companies that display high standards in food waste, food safety or environmental impact. The index includes companies that generate at least 50% of their revenue from the plant-based or cultured meat, protein or dairy alternatives, vertical or urban farming, precision agriculture, food flavours and functional ingredients, organic or health foods. In addition, the index comprises the companies that meet certain ESG standards related to the sustainability and safety of the food and agriculture.

Canadian plant-based producer Nabati Foods continues its recent growth by commencing trade on the Canadian Securities Exchange. The news precedes the North American launch of Nabati Plant Eggz, which the brand claims to be the first Canadian plant-based egg substitute.

New products?......coming to a high street near you

The London-based brand says it is one of the first company in the world to create a wet dog food made solely from plants. Unlike cats, who are carnivores, dogs are omnivores, and research shows they can thrive on meat-free diets.

Impossible to launch meatless pork in US and Asia

The ground pork product will first be available in restaurants in the U.S., Hong Kong and Singapore, with further plans for retail expansion in those markets in the coming months. It marks the California-based company’s third commercial launch after ground beef and chicken nuggets as it seeks to solidify its position in the growing plant-based protein space.

eyond Meat is now rolling out the alt chicken product into retail. In response to consumer demand, the Beyond Chicken Tenders will be available in select retail markets across the US.

BlueNalu ties up with Birds Eye

Blue Nalu has forged a new partnership with Nomad Foods, one of Europe’s largest frozen foods companies and owner of brands like Birds Eye, Iglo, and Aunt Bessie’s. Working together to undertake market research and potential business and product opportunities, the Californian cell-based seafood food tech says the collaboration will accelerate its go-to-market strategy for Europe.

The burger will be available from late September, initially launching at a few locations in Coventry. In its quest to find a suitable cheese, McDonald’s says it experimented with hundreds of brands from all over the world but wasn’t satisfied with them. In the end, the chain decided to create its own. To do this, it collaborated with Irish food company Kerry. The resulting cheese is made with coconut oil and is said to have the same flavour and texture as dairy cheese.

The Next Big Thing…..what we believe might become the ‘new new ‘thing

MeliBio, Inc. the company using proprietary technology to make real honey without bees has unveiled its first product: world’s first real honey made without bees as a plant-based ingredient for B2B customers and foodservice.

New Wave is one of the first faux-shrimp suppliers attempting to take the lead among a swell of next-generation alternative brands backed by venture capital and other private investors. There are dozens of startups tackling the development and sale of alternative seafood, including Good Catch and Omnifoods’ OmniSeafood.

The company’s first product – Howler®, which has demonstrated 10X sales growth in 2020 – is a revolutionary fungicide that harnesses the power of the plant microbiome to combat more than 300 crop-disease combinations, by offering multiple modes of action resulting in long-lasting preventative activity on a broad spectrum of soil-borne and foliar diseases.

A market report by Global Market Insights has projected a 17% CAGR for the alt-protein market between 2021 and 2027. By the end of this growth period, it is predicted that the market will be worth $155 billion.

Startups developing innovative food and ingredients, including alt-proteins, raised a total of $1.4 billion in the first half of this year, according to AgFunder data – representing a 25% increase on H2 2020’s funding total.

Lever VC has announced on Wednesday (September 15) that it has secured $80 million in its final close of its Fund I. While specific investors were not disclosed, the New York and Hong Kong-based fund said the round attracted funding from “several of the world’s largest meat companies”, as well as ingredient, food commodities, European fermentation companies and two of the world’s largest agri-feed firms from China and Southeast Asia.

Israeli FoodTech MeaTech has filed a patent application with the United States Patent and Trademark Office (USPTO) for its proprietary method of culturing fat using only plant-sourced inputs. The process enables the startup to create cell-based meat products that mimic the fatty marbling on real cuts of meat, such as Wagyu beef, at “significantly lower

In 2020, Wagamama became the first major restaurant chain to offer vegan tuna, offering a product created with watermelon. For Veganuary this year the chain launched a range of new vegan menu options and stated its aim to make half its main menu options meatless by the end of 2021. Now, Global Executive Chef Steve Mangleshot and his team have confirmed that from 6th October, 50% of the menu will be officially plant-based.

Further reading….articles which drill down into the space

The Economist magazine ran an excellent Technology briefing on Future Food at the start of October. Quite the best overview we’ve seen. Warning - Subscription required!

plus an excellent infographic on beef’s climate impact

Everything you need to know about Oat Milk

Excellent primer from Green Queen on what’s behind Oat Milk : “Oat milk is dairy-free milk derived from plant-based ingredients, using oats as its base. That means it does not contain any dairy from cows, or any animal-based byproducts. It is made via a process of extraction from whole oat grains. At home, oat milk can be made by blending oats with water, then straining the liquid to get rid of the pulp to make for a creamy plant-based milk substitute.”

plus One in three Brits using oat milk

Shanghai-based food tech CellX has just debuted samples of cell-based pork closed a new funding round with $4.3 million. The round, led by prominent Chinese investors ZhenFund, will go towards fuelling CellX’s ongoing R&D and expansion, with a view to bring sustainable cell-based meat to Chinese consumers.

Dealflow…..funding news from the last month

Plantible Foods has closed its Series A round with $21.5 million, led by agrifood investors Astanor Ventures, which lists v2food, Apeel and Stockeld Dreamery among its portfolio companies. Other investors joining the round include Piva Capital, Kellogg’s Eighteen94 Capital and CJ CheilJedang, the South Korean food giant.

Wild Earth is now set to further disrupt the cruel and environmentally disastrous pet food industry and is on track to release new dog and cat food products in 2022. The company is currently developing beef, chicken, and seafood cell-based meats using its proprietary technology for these launches.

CULT FOOD SCIENCE CORP, a Canadian-based investment platform focused exclusively on investments in cultured, lab-grown meat and dairy products, has completed the closing of a strategic investment in Biftek Inc. The news follows its very recent investment into Novel Farms, producer of whole cuts of gourmet cell-cultured meat such as Iberian pork and dry-cured Iberian ham.

Animal-free dairy company Perfect Day raised $350 million in a Series D round, bringing its total funding to $750 million. The funds will be used to fuel the company's focus on biological science, ingredient innovation and consumer products. It was co-led by previous investors Temasek and Canada Pension Plan Investment Board and included strong participation from Horizons Ventures, Bob Iger and SK Inc.

Cell-cultured meat company New Age Meats has announced a $25 million Series A funding raise. The funding will allow the Berkeley-based company to begin production of its first cell-cultured and plant-based hybrid pork products by 2022.

Food tech company Eat Just’s cultivated meat division GOOD Meat has raised US$97 million in new funding, adding to the $170 million round the company announced in May of this year and bringing GOOD’s overall round to $267 million. The new funds will go towards further research and development for GOOD’s cultivated meat products.

Stockeld Dreamery, the Swedish food tech behind the fermented pea and fava bean-based Stockeld Chunk, has just raised €16.5 million (US$20 million) in what it says is the largest-ever Series A round secured by a plant-based startup in Europe. Proceeds from the round will go towards expanding its team, scaling up and rolling out new products, just months after the startup launched its flagship vegan feta onto the Swedish market.

Portuguese conglomerate Sonae has acquired Claybell Limited, owner of Gosh Food, known in the UK for its range of vegan sausages, burgers and falafels. The deal is reported to have taken place for around £64 million via Sonae Food4Future. According to Foodbev News, Gosh recorded a normalised turnover of £22 million for the year ending in May 2021 and the company will continue to be managed by the current team, who will hold the remaining 4.6% minority stake. Sonae states that the acquisition is in line with its active portfolio management strategy.

Proeon, an Indian plant protein ingredients startup, has just raised $2.4 million in a seed funding round. The company, which leverages a wide range of crops such as amaranth, hemp seeds and mung beans, say the funds will fuel its global expansion plans, with North America and Europe as its key target markets.

Goodmylk has announced today (September 6) the closing of its extended seed round with 73 million INR (US$1 million). The round saw participation from a number of Indian investors, including angels Jinisha Sharma, Aditya Agarwal and Victoria and Abhishek Shroff, as well as Angellist syndicate Ice Breaker.  International investors included alt-protein rolling fund Sustainable Food Ventures (SFV), as well as existing investor VegInvest Trust. The latest funding brings the company’s total capital raised to date to $1.8 million, after bagging its initial seed in 2020.

Growthwell says the funds will be used to accelerate its global expansion plans, launching its plant-based meat and seafood alternatives beyond the Southeast Asian market. It recently revealed its ambition to “feed 100 million” people with sustainable protein, forging a partnership with Indoguna, a premium foods supplier with a network spanning across Asia and the Middle East. 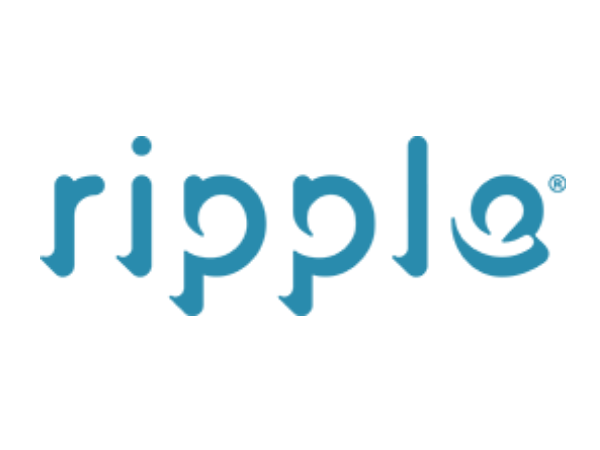 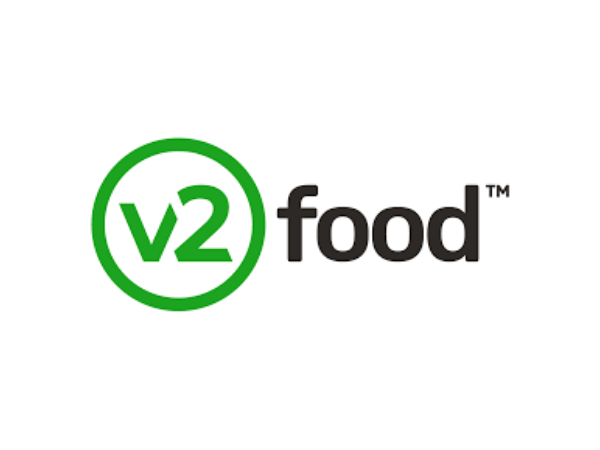 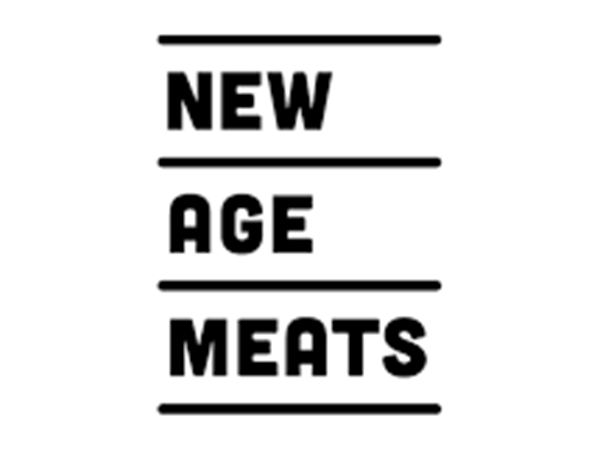 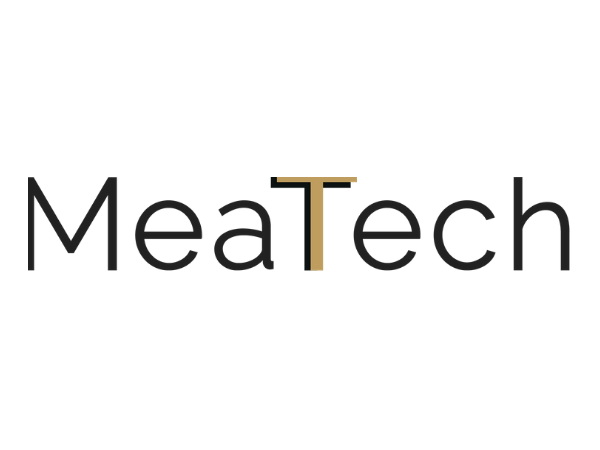