BlueNalu charts its own route through cultured meat debate

By David Stevenson on Tuesday 23 November 2021 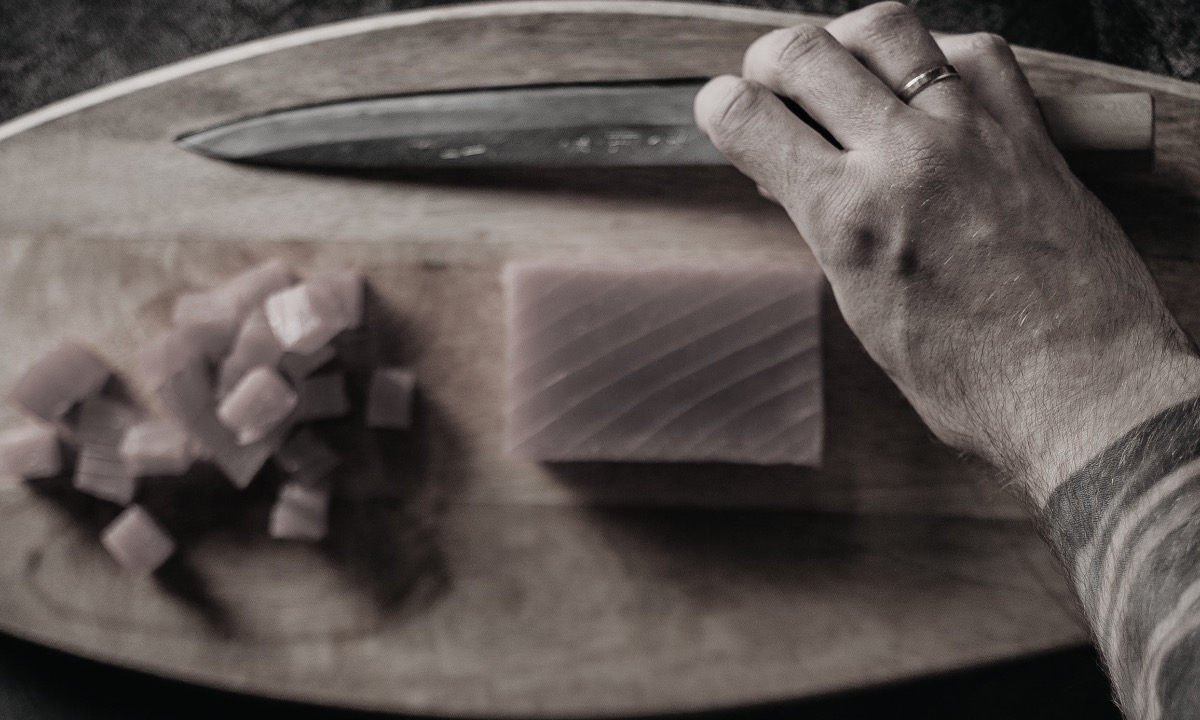 The increasingly animated debate around the scalability of cultured meat as an alternative protein doesn’t worry BlueNalu’s CEO Lou Cooperhouse.

In a sense it was inevitable. The media buzz around cultured meat had become almost frenzied and, at some point, someone with a technical perspective was inevitably going to try and puncture the bubble.

The first major counterattack has of course come, partly in the shape of an excellent long read over at The Counter.

This cogently argued piece shines a spotlight on the simple economics and engineering challenges facing the mass commercialisation of cultured meat, not least the eye-popping estimate that each pharma-grade factory for meat alternatives might cost as much as $450m.

Annoyingly in our view, these debates always tend to end up painting the outlines of each point of view in overly broad brush strokes, dragging in more niche, more focused approaches where the core debates might have less relevance.

This might well be the case with cultured fish alternatives, where the challenges facing this nascent sector seem rather different.

That at least is the view of Lou Cooperhouse, president and CEO of BlueNalu.

Like many entrepreneurs in the alternative protein space, he’s much more focused on figuring out how to get a very particular set of products to the market, yet he’s also realistic about these debates around production scalability.

Cooperhouse, a former academic and long-time veteran of the food industry, admits that when he first saw press coverage of the first cultivated burger “I thought fabulous technology, wrong product, especially given the competition from plant-based alternatives”.

In Cooperhouse’s narrative, cultured meat as a broad category faces three distinct challenges: how to scale up? How to do that in a way drives higher value? And getting the right product to the right customer.

The first – the focus of that Counter article – is scalability.

Cooperhouse says that “our focus is on a solution to scale up production” and “we’ve done our own economic analysis” of the challenges facing scaling up globally.

Quizzed on how long BlueNalu will take to build scale at the production level, he’s suitably cautious, sticking to a five-year timeline.

That said, quite how that production ramp up takes shape is open to debate. He’d ideally like factories around the world and BlueNalu is “definitely” interested in joint ventures which are common in the food industry.

Factories may not emerge until the middle of this decade, but Cooperhouse reckons that regulatory approvals should happen much sooner.

Cultivated seafood is subject to the approval to the FDA, which oversees cell collection and cell growth. This is in contrast to meat and poultry which needs both FDA and USDA approval.

Cooperhouse expects a “one to two-year time frame” for the first regulatory approvals, “maybe even sooner”.

Cooperhouse also seems confident about the value equation for his products – in the case of BlueNalu, fin fish and initially products such as bluefin tuna – which should hopefully allow him to finance that scale up, unlike say mass commodity products where Cooperhouse says price competition from plant-based alternatives is already intense.

In a face off between value and volume, it's clear in which direction BlueNalu faces.

That mention of bluefin tuna as one of the first BlueNalu products also reminds us of the importance of the right products for the right customers.

Talking to Cooperhouse, one definitely gets the impression that he’s not terrifically interested in super-serving the low hanging fruit of vegans and vegetarians, rather “the person who already loves seafood, enjoys it two to three times a week and wants seafood without compromise”.

In other words, he’s targeting high-value customers who seem willing to pay high prices for a very unique product that already costs a small fortune!

As an added bonus, his products won’t contain microplastics and mercury and won’t involve stressing fishing reserves already in crisis in much of the world. No wonder he thinks that “seafood is the holy grail" for the cultured meat segment.

That enthusiasm certainly seems shared by investors in BlueNalu who include Rage Capital along with Agronomics, Lewis & Clark AgriFood, McWin, KBW Ventures and Siddhi Capital.

The scale of recent funding and those backers has naturally led to talk of an IPO but according to Cooperhouse this doesn’t seem imminent – asked if he is thinking about an IP, Cooperhosue says “nothing soon” largely because “the business is heads' down” on developing its first pilot factory.

Our own Future Food Finance take is that BlueNalu probably would be amongst the first cultured meat specialists to list but as Cooperhouse says that’s not likely any time soon, not least because the SPAC market seems to be slowing down markedly – if the example of AppHarvest’s gyrating share price (post SPAC) is anything to go by, many FoodTech pioneers might be understandably wary of the public markets.

The debate around scalability has also not helped sentiment towards the sector but our sense is that high margin cultured fish is probably the most exciting bit of the broad spectrum of new products starting to emerge, alongside our particular favourite which is cell-cultured fats and oils.

Cultured seafood as a broad product category also has a distinct market advantage – globally demand is increasing (especially in Asia) but sustainable supplies are decreasing, which is a very different from more mainstream red meat and chicken markets, where competition from plant-based products is already intense.