The co-founder of alternative protein, molecular farming startup Moolec Science hails from the family of one of the most well-known meat producers in Latin America.

Using plants to produce replica animal proteins “could sound weird to my grandfather,” admits Gastón Paladini, co-founder and CEO of Moolec, which has just announced it is going public on Nasdaq via a SPAC (Special Purpose Acquisition Company).

UK-based Moolec is pioneering a new FoodTech technology called molecular farming but first up Paladini talks to Future Food Finance about the announcement of its SPAC listing.

This has come about via a merger with SPAC LightJump, which sees Moolec valued at $504m. Once merged the entity will list on Nasdaq under the tucker “MILEC”.

Advantages of going public via SPAC

SPAC listings have cooled off this year, following something of a mania for them last year.

“Going public could definitely provide us the credibility, currency, to talk about the R&D, the technological growth, inorganic growth as well," he says.

“We believe this could be a very interesting opportunity for public investors that see science-based companies as game-changers.”

He points to Moolec benefiting from LightJump’s "experienced" directors and “experienced management team”, as one advantage of the transaction.

It is not a new technology and has traditionally been leveraged by the pharmaceutical industry.

But it is new for FoodTech, says Paladini.

“In a nutshell, molecular farming is the capability to produce real animal proteins in plants, directly in the seeds of the plants," he says.

“The beauty of molecular farming is that the only thing we actually modify is just the seed with a specific ID, the biology does the rest.”

The advantages of molecular farming, he says, compared to other alternative protein technologies are “scale” and “cost”.

For example, the plants are grown through traditional farming methods and the technology does not require multi-million dollar bioreactors.

A soybean farmer “could produce in the future a Moolec soybean just by switching its seeds, that is the beauty of our technology,” he adds.

To date, Moolec has two products approved in the US: chymosin, a protein used in cheesemaking and a gamma-linoleic acid (GLA) oil.

It is scaling these products up in the US and Argentina along with looking to diversify its portfolio, working on “modifying soy beans and yellow peas with meat protein genes”.

It has a B2B strategy (striking deals with B2C ingredients and food producers), with a focus primarily on the US, followed by Latin America and Paladini says it could look to license its IP in future.

Europe, for the time being, is not a focus but could in future amid “regulatory changes” in light of the EU’s current long-standing near-ban on first-generation genetically modified organisms.

However, the UK could be a focus as “after Brexit as least as far as we know a bit more open to consider this specific technology," he says.

Thinking outside the box

Paladini is part of the 4th generation of the Paladini family, whose namesake is a well-known meat producer in Argentina and according to LinkedIn he is still a board member.

Why not a life working for the family business then?

“I am always thinking ahead. I strongly believe we need to find alternative solutions to overcome the main challenges in the food system,” he says.

He admits that the alternative industry is ’still a niche” but he says projections showing it could reach $300bn in 2035 means it will no longer be a niche.

He is in fact optimistic not just about molecular farming, but other alternative protein-based technologies.

He adds: “My family business right now produce sausages, to produce an animal-based sausage you use- all traditional players- more than 20 different technologies for each part of the process to get a great sausage.

“My opinion [s that} all technologies will find a place to produce the alternative protein products of the future.”

Currently, Moolec has a staff in the UK, where it’s registered, the Netherlands, Argentina and North America, where it has the bulk of its scientists.

Paladini admits it’s a “bit of a challenge for me having people around the globe”, saying  “we are 24/7 here”. 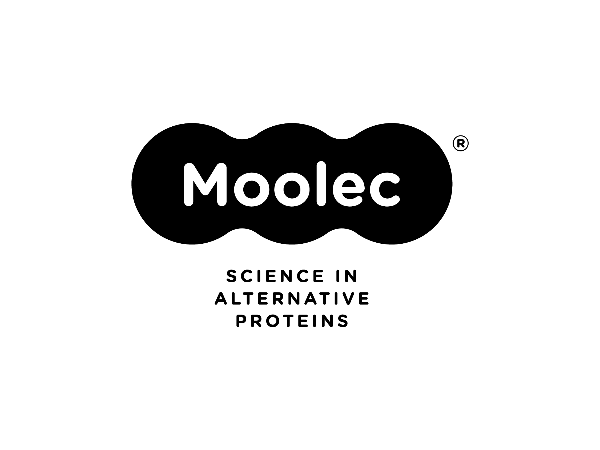