By David Stevenson on Thursday 5 August 2021 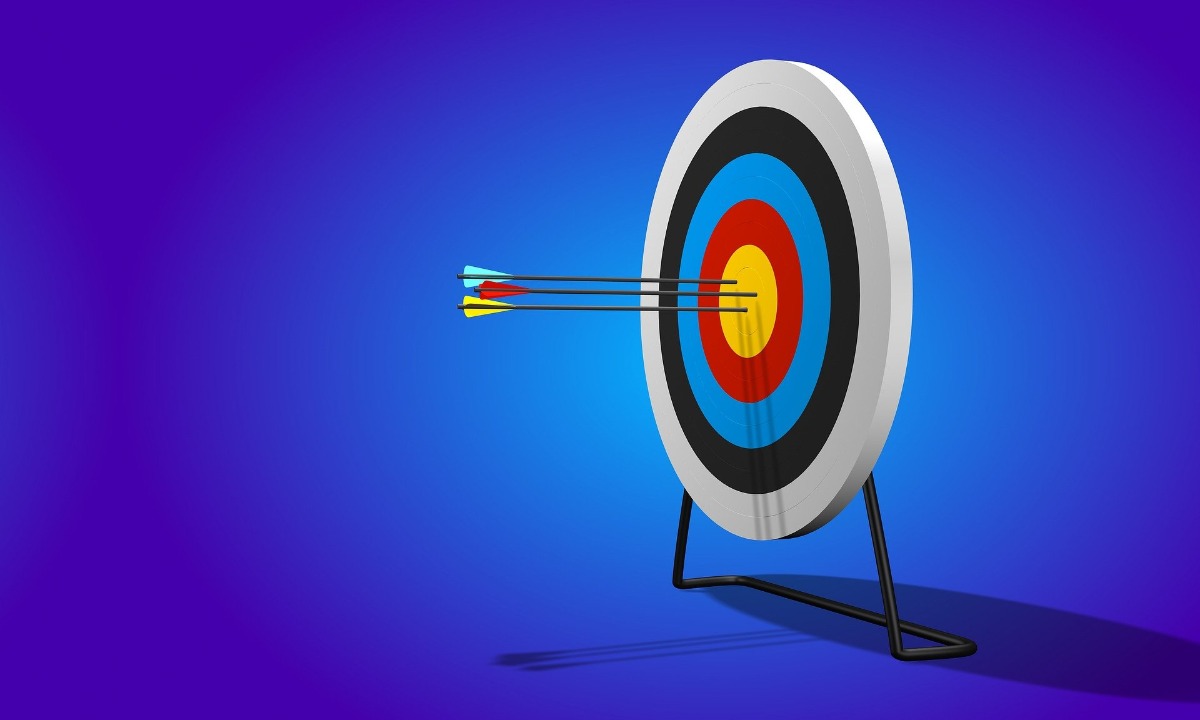 The stock of the Swedish oat-based dairy alternative firm is said to be overpriced, according to investment firm Spruce Point.

It was always inevitable – the short sellers would target FoodTech.

For many months now bears have been circling around BeyondMeat, questioning its lackluster sales growth during the pandemic – and in truth we here at FFF have also questioned whether BeyondMeat is worth its current share price.

It’s no coincidence that Beyond’s shares are the most shorted stock in the food sector, with nearly a third of shares shorted earlier in 2021 – the current level is high at 15 per cent.

We’d also observe that one can be enthusiastic about a business and its technology but equally be deeply sceptical about the current market cap of a business.

Now the shiniest, newest kid on the block is in the firing line: Oatly.

Forbes reports that although Beyond Meat and Oatly are both regarded as overvalued, according to Ben Axler, founder and CIO (chief investment officer) of investment management firm Spruce Point, it is Oatly that boasts the most obviously overpriced stock.

Malmö-based Oatly IPO’d in the U.S. in May and is well known for its oat milk, although it also sells a range of oat-based dairy alternatives including ice cream, yogurt and creamers in more than 20 markets across Asia, the US and Europe.

After Spruce Point published its report, shares of Oatly fell by as much as 7 per cent on Wednesday July 14.

“We think Oatly is worse than Beyond Meat,” Axler argues in terms of valuations.

He told broadcaster CNBC that his firm reckons Oatly “is a strong sell, and the stock price could be 70 per cent overvalued….we think the company has obscured what their true gross margin is…. when you look at the cost of goods sold, you find that Oatly has pretty much the lowest gross margin of any public food company."

“That is part and parcel with our criticism that Oatly is as poorly planned as any public food company we could find." he added.

Axler is a former investment banker at Credit Suisse who started Spruce Point in 2009 amid the global financial crisis and had early success shorting U.S.-listed, Chinese-headquartered companies, and holding activist interests in companies, including Build-A-Bear.

Forbes also reports that Axler has taken aim at the increasing number of promotions and discounts Oatly offers grocers, including offering free shipping, rebates on extra pints of ice cream and discounting newly launched yogurts for as low as $1.50 each.

“The growth story is a little bit broken,” says Axler. “The competition isn’t going to sit around. If you’re Chobani, you try to thwart Oatly’s expansion plans. That’s what we see happening.”

The 124 page report lists a number of incendiary claims including:

Having looked through the report, FFF would highlight three important bones of contention.

One can debate the likely growth of a market segment or possible profit margins endlessly but in a sense the share price is a statement of future intent – investors believe that growth will be exponential and that at some stage the earnings and revenues will catch up with the share price.

But even this generous interpretation doesn’t entirely explain the rich multiple to sales for Oatly.

Spruce point observes that “Oatly’s valuation has mysteriously ballooned nearly 6x since a $200m investment by Blackstone in July 2020 despite our evidence pointing to market share loss.

“Oatly is trading at 17x ‘21E sales and 75x adjusted gross profit and a $12bn valuation (57 per cent of the 2025 total projected non-dairy milk market). We believe its valuation is unsustainable and will end poorly for new investors.”

Maybe a rich uplift in valuation for Oatly might be justified by the potential for future growth in the key Chinese consumer market – but even here Spruce Point has its doubts.

According to the short seller: "Oatly is claiming 2020 sales growth of 450 per cent in China, with a Starbucks partnership, and substantial ecommerce success with 21 per cent of sales through the channel.

"However, it doesn’t say that it failed earlier in its China ambitions and that it has made conflicting statements about how it succeeded this time around.

“Oatly gained limited traction in China in 2011-2013 under the effort of founder Oste. In addition, its story about how it entered the market in 2018 first through coffee and tea shops is not accurate according to a conflicting statement from its China President, who said it initially failed miserably in supermarkets.

“While Oatly claims success through ecommerce in China, in the U.S. it doesn’t appear to have nearly the same traction with Amazon, which is not a material customer. There is evidence of exaggerated claims made regarding Oatly’s China business.

“Its Asian president made a statement in China during September 2020 that mainland China had more than 10,000 cafes. However, SEC filings indicate that China foodservice (coffee and tea shops) were closer to 8,000 – 8,200 locations (mostly Starbucks). Oatly claims it will be in production in China by H2 2021.

“However, based on our evidence it has materially fallen behind stated production plans in Utah and New Jersey, we were skeptical of Oatly’s claims. Spruce Point sent an investigator to Oatly’s Maanshan China operations. We found a facility that is unlikely close to being operational. Meanwhile, we expect the market to become more competitive as Vitasoy just launched a new oat milk.”

Arguably the most sensitive point is sustainability i.e is Oatly over egging its ESG credentials.

And in truth this criticism can be levelled at many in the FoodTech industry – selective highlighting of impact assessments is fine but on many classic ESG criteria, FoodTech can sometimes be found wanting.

Again, according to the short seller: "Spruce Point believes investors should be focused on Oatly’s ESG practices, and our extensive FOIAs and research which exposes so-called “proprietary” aspects of its production process (e.g. key ingredients and formulations, specific machinery, and warehousing plans)…

“Spruce Point has unearthed Oatly’s first detailed sustainability report and takes issue with how Oatly presents its progress to investors as the first slide of its Investor Presentation (June 2021).

“The analysis is based on a 2013 study (updated in 2016) which doesn’t include its recent expansion into the U.S. and Asia, which we believe have been poorly planned and executed.

"In addition, we believe Oatly has ‘cherry-picked’ the study’s results by failing to show that its impact on water consumption is worse than dairy milk. Through a FOIA request, we learned that Oatly’s production process also generates dangerous volumes of wastewater that requires it to build its own treatment facilities.

"Oatly is even out of compliance with EPA regulations in NJ. Oatly’s first study discusses the importance of transportation costs, accounting for nearly 1/3rd of its environmental impact. Yet, in Oatly’s quest for rapid business growth and its race to IPO, we believe it has recklessly disregarded these costs, and also sought to obscure the impact of shipping costs in its financial statements.

"Oatly also says 49 per cent of its current climate impact comes from ingredients, with 73 per cent of this ingredient impact tied to oats. It stands to reason that Oatly should be locating its facilities as close as possible to its oat supply.

"However, we find evidence that Oatly has not only located production facilities thousands of miles from its oat sources, but also massively overpaid and run wildly overbudget in its capital planning.

"Now as a public company, we believe Oatly is asking investors to pour nearly $1.0 billion into existing and expansionary capex to fix management’s blunders.

"We estimate cost per liter of new capacity will cost upwards of 77 per cent more than Oatly’s historical cost and continue to make its business non-economical. Oatly took flack for the investment it received from Blackstone in 2020 when an activist pointed out a connection to the deforestation of the Amazon.

"However, Spruce Point also points out the Oatly uses Olam International for its supply of Cocoa. Olam has often been criticized for not being transparent and contributing to deforestation and endangerment of species in Africa."

You can see the Spruce Point report here.

It’s important to remember that Spruce Point is a short seller and is thus hugely incentivised to push the share price down.

Sometimes these short seller criticisms stand the test of time but in many cases more bullish investors are able to mount a robust defense – Gamestop for instance was the subject of withering short seller attacks but its investor base saw off these criticisms and many short sellers were forced out of business.

The key test will be how Oatly responds to these detailed allegations – to overcome these worries, the business will need to come back with a robust and detailed defence. To date the firm’s response has been a tad muted.

According to food industry website Green Queen, Oatly has said in an emailed statement to CNBC that it rejects “all these false claims by the short seller…This short-seller stands to financially benefit from a decline in Oatly’s stock price caused by these false reports,” the company continued. “[We] stand behind all activities and financial reporting.”