Shares in Beyond Meat up on McPlant test 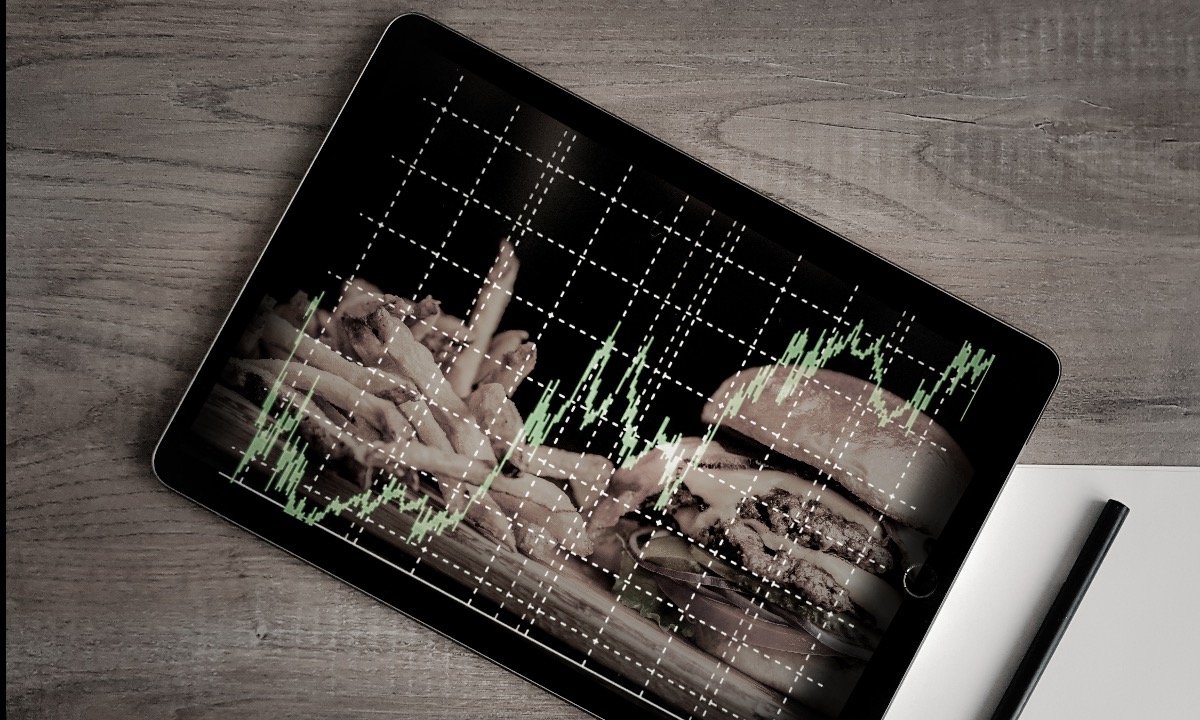 Shares in Beyond Meat were up this week amid news that it was testing McDonald's plant-based burger in select restaurants. Shares in Delivery Hero and Ocado were also up on acquisition news.

Shares in Beyond Meat were up 5 per cent to $105.64 in the week when McDonald’s said it would be road testing the McPlant burger in the US, according to the Future Food Finance FoodTech Index.

After the news was announced, Beyond Meat's stock was up by four per cent.

Beginning on November the third, the McPlant burger will be available at eight of McDonald's restaurants in the US.

These are in Irving and Carrollton, Texas, Cedar Falls, Iowa, Jennings and Lake Charles, Louisiana and El Segundo and Manhattan Beach, California.

The plant-based burgers are made of ingredients including rice, potatoes and peas.

The deal mirrors similar tests in several international locations, including Sweden, Denmark, the Netherlands, Austria and the U.K./Ireland, the latter of which launched last month.

McDonald’s said: “The patty is served on a sesame seed bun with tomato, lettuce, pickles, onions, mayonnaise, ketchup, mustard and a slice of American cheese. It has the iconic taste of a McDonald’s burger, because it is one.”

Meanwhile, shares in Delivery Hero were up 6.1 per cent to €114.60 in the week when it inked a deal to acquire Salvadorian delivery business Hugo.

Hugo's food delivery and commerce business operates in Central America and the Caribbean.

Established in 2017, in total it operates in more than 40 cities across six countries, including Guatemala, El Salvador, Honduras, Nicaragua, Jamaica and the Dominican Republic.

Its app is used by more than 1.3 million users for food, grocery and pharmacy deliveries, according to the company

Hugo co-founder and CEO Alejandro Argumedo said: “I am personally excited to join forces with Delivery Hero, one of the largest food delivery companies in the world, so that together we can expand our reach and continue delivering world-class experiences to our customers and partners throughout the region.”

The deal will bolster Delivery Hero’s footprint in Central America and expand the company’s operations to Jamaica.

Delivery Hero co-founder and CEO Niklas Östberg said: “With the acquisition of Hugo’s food and grocery delivery verticals, we are also giving an extra boost to our quick commerce operations locally.

Finally, shares in Ocado were up 9.6 per cent to 1,797.00p the week after it announced it was investing £10m into autonomous delivery startup Wayve.

Wayve's vehicles can operate without the need for pre-programming, human-designed rules, or high definition mapping.

The startup has raised more than $58m to date, and is backed by Eclipse Ventures, Balderton Capital and prominent technology leaders such as Sir Richard Branson, Rosemary Leith and Yann LeCun.