By David Stevenson on Monday 10 January 2022 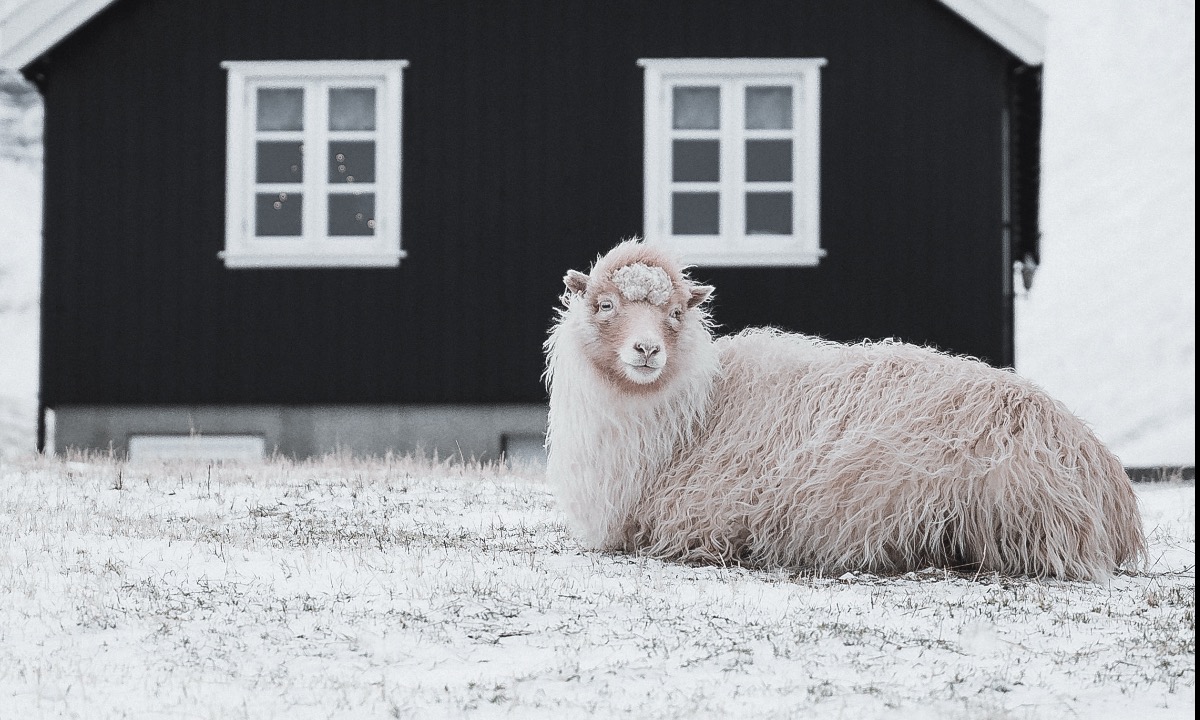 Returns from the FFF FoodTech Index were poor in December, down 12.2 over the month, compared to the S&P which was up over 5.5 per cent in the period.

December was yet another dreadful month for the FFF FoodTech Index in terms of returns. The index started the month at 6477 and ended it down 12.2 per cent at 5681. This compared to a modest (Santa) rally in the wider US markets – the S&P 500 was up over 5.5 per cent over the same period. All bar a few stocks in the index fell in price.

December was a torrid month, again, for listed businesses within the stock market listed FoodTech space, with all but a handful of stocks declining in value in the run up to Christmas. In fact, a large number of stocks recorded double-digit losses of over 10 per cent in December.

Just two stocks in the index recorded a gain in December. Balchem’s share price looks to be in ascendance and has increased significantly by 19 per cent over the past three months, on the back of no particular stock-specific news. Balcon ‘s shares also increased in December (up 5.4 per cent) probably in the afterglow of strong quarterly numbers released in November.

Amongst those stocks suffering heavy losses in December, Blue Apron stood out, falling by 36 per cent in value – with no obvious news-driven reason.

The share price of Altimeter Growth - a special purpose investment vehicle sponsored by Altimeter Growth Holdings – also fell by over 35 per cent in December, as it completed its business combination with Grab Holdings Limited, Southeast Asia’s largest ride-hailing and delivery group (with a fast-growing super app as well).

The various home delivery specialists in the index continued to suffer from negative sentiment, mostly driven by new European Commission rules, that would mean people working for the various food-delivery and ride-hailing apps can regard themselves as an employee regardless of what they are called in their contract.

Bloomberg reports that the change could cost the sector as much as €4.5bn ($5.1 billion) more a year, the EU estimates.

Deliveroo’s shares were down 27 per cent in December while JustEat saw its share price fall 14.5 per cent.

Shares in Germany’s HelloFresh traded markedly lower – down 20.9 per cent in December - as the company’s outlook for 2022 indicated a sharp slowdown in the growth it priced in during the pandemic.

HelloFresh said that it expects revenue in the new financial year to grow between 20 per cent and 26 per cent, down from 57 per cent -62 per cent growth in for the current financial year. The company had raised its guidance for the ongoing year from 45 per cent -55 per cent only last month.

Shares in Agtech pioneer AppHarvest also continued to slide lower in December – its shares are down 71 per cent in the last twelve months while in the last three months alone the share price has fallen 33 per cent.

This US-listed business is busy building some of the world’s largest high-tech indoor farms to grow affordable, nutritious fruits and vegetables at scale while providing good jobs in Appalachia.

In December AppHarvest did announce that it had entered into a $100 million common stock purchase agreement with investment group B. Riley Principal Capital.

The company also announced that it remains on track with its previously announced construction timeline and its plan to open three more farms by the end of 2022, which are expected to produce vine crops, berries and leafy greens, and the 10-acre Morehead North leafy green facility that has an expected 2023 delivery. 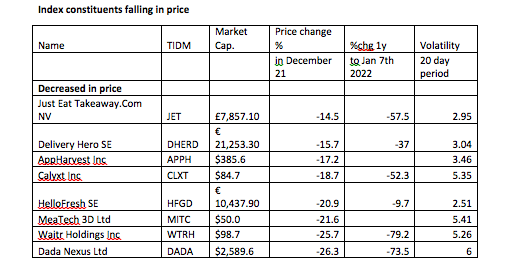 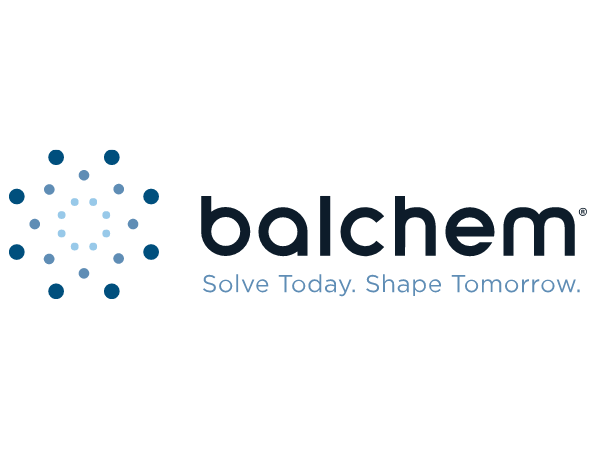