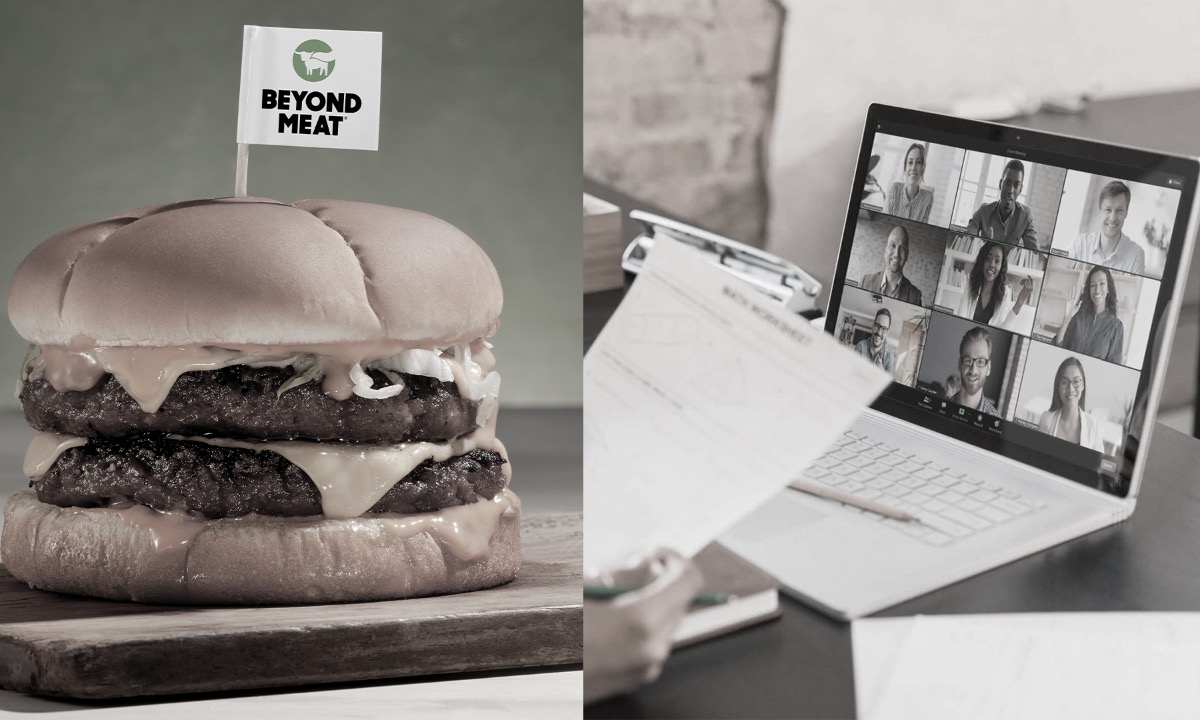 What do video conferencing solutions provider Zoom and plant-based meat substitute producer Beyond Meat have in common?

What do video conferencing solutions provider Zoom (ZM) and plant-based meat substitute producer Beyond Meat (BYND) have in common?

A lot, at least in terms of their public-markets’ experience:

A case of growth shares falling out of favour in the current higher inflation/interest rate environment?  Against such a backdrop, future cash flows of growth companies are discounted at higher rates, which translates into lower present values and in turn lower share prices.

Nothing controversial there.  All standard economic theory.  However, while the switch from growth to value-style investing may have been the trigger for the sharp share price reversals for both stocks, that is where the similarities end.  A look at the fundamentals of both companies highlights how their fortunes have diverged markedly since their 2019 IPOs.

First up Zoom.  Revenues have grown 127% per annum; EBIT is running at +380% p.a.; while free cash flow (FCF) jumped 274% to $1.8bn over the last 12 months.  Furthermore, the video conferencing specialist ended the latest year with $5.6bn net cash.  Conclusion: Zoom is performing well, is in a healthy place and while the shares are no longer priced for perfection, they appear to better reflect the underlying fundamentals.

A (sort of) Meaty subject

Beyond Meat’s revenues are also showing a strong gain since IPO but, at 59% p.a., this pales in comparison to Zoom.  And while gross profits may have grown 47% pa, so too have the company’s losses. For example, at IPO, BYND’s operating profit was negative $26m.  Today, losses are almost 10 times higher at negative $232m.  As for FCF, at IPO this stood at negative $44m but has since ballooned to negative $324m today.  Unsurprisingly, BYND has gone from a small net cash position at IPO to having $610m net debt.  Compared to Zoom, BYND is not in such rude health.  True, revenues have grown, but at the expense of losing a lot of money and having to take on debt.

Zoom shares may be 70% below their peak but the company is cashed up, has a strong balance sheet and is still growing.  By contrast, BYND’s shares are 80% off their peak but the co. is indebted and FCF negative, which has prompted FutureFoodFinance’s Paul Cuatrecasas to ask: “What is BYND today?  Is it just another plant-based meat co., of which there are now many more compared to three years ago? Is it now just a brand that is having to compete with all the other big brands out there? If so and BYND is having to spend large sums of cash to build a brand and compete, then that is a tough place to be certainly when compared to Zoom.”

And here’s the rub.  Just as there was a Web1.0 and there is a Web2.0, it is reasonable to expect there will be a Foodtech1.0 and 2.0 also.  That after all is how innovation works - a light bulb moment followed by a tweak or two to the technology and/or business model and hey presto you have a tech winner.  For example, and here’s a generalisation, Web1.0 tech companies came up with the great ideas, but it was the likes of Google and Amazon, Web2.0 companies, that monetised the blue-sky thinking.

Zoom looks like it is doing the right things and is increasing its chances of joining the ranks of Web2.0 success stories.  As for BYND, the jury is out on whether it can do the same and be one of the Foodtech2.0 winners…